At only 17 years old Kylie Hunts-in-Winter, of the Standing Rock Sioux Tribe, is a veteran activist who has created an ever-expanding movement. One that empowers women, especially those in Native American Communities. A movement she calls “Brave Woman”. “It’s a concept and social media movement…” says Kylie. “I have been training in martial arts my entire life, and Brave Woman not only shares my story but provides a place for female martial artists to feel safe and supported.” With the help and encouragement of her parents, Veronica and Timothy Hunts-in-Winter, Kylie has become a local celebrity as a result of her skill in martial arts, her advocacy, and her leadership.  Kylie’s Instagram account, @bravewoman, currently has more than fifty thousand followers. She has used that platform to empower women around the world.

Kylie’s Father is a member of the Standing Rock Sioux Tribe of North and South Dakota. Kylie’s “Brave Woman” name comes from his family’s ancestry. According to her father, “She’s named after her 3rd Great Grandmother… a warrior at age 14.”  Kylie’s mother is of “Scot-Irish and English descent”. Kylie inherited her mother’s red hair and fair skin, and her father’s love of Dakota heritage. Kylie speaks her tribal language of Dakota, created the first Native American Club at her Elementary School, and began dancing at Pow-Wows, “as soon as she could walk”, Her father says.” Kylie always stood up and advocated for Indigenous rights from the time she was little.”

At only 3 years old, Kylie’s parents enrolled her in a local martial arts school. Her father wanted her to learn how to defend herself. Like everything else she does, Kylie went all in.  Not only has she mastered six Martial Arts disciplines and competed in more than 200 tournaments, she has won multiple national and international martial arts awards, titles and championships, and has met the world’s top fighters. When she doesn’t win, she uses it as an opportunity to improve her skill set. She also uses the knowledge she gains from each win and every loss to inspire, encourage, mentor, and teach others.

Passion and dedication to hard work extend into all that Kylie does. She is featured in a book about strong young women, she has been highlighted on nearly every news station and publication in Arizona, she won the national Junior Achievement Award at age 15, She is a spokesperson for GRRRL apparel, and she is a youth teacher and mentor. She focuses strongly on the empowerment of young indigenous women, and all women. Something her father is very proud of. “Kylie has been relentless in helping inspire girls and women from around the World”, he says. Tim says he has helped teach Kylie about strong women and female leadership since she was a little girl. “I took her around the country to meet the strongest women,” He says. Tim taught his daughter, “…no man or person is above you. Being in a male dominated sport will test you in many ways.”

Education as a central part the Hunts-in-Winter household.  Kylie’s parents, both graduates of Arizona State University, have instilled in Kylie, the importance of a good education. Kylie’s mother is a Preschool Teacher in the Mesa Public Schools system, with two master’s degrees, and an advice page for parents and teachers. Like her mother, Kylie wants to educate others and help make positive changes in her community and the nation. To that end, Kylie has developed an interest in going to Law school to continue to learn more about the issues she cares about, and about the ways she can more positively impact the communities she fights for.

Kylie is currently a student at both Arizona Connections Academy and the East Valley Institute of Technology where she’s already learning how to help others in a greater capacity. “I am in my second year in the criminal justice program. I am a captain for my class which is the highest leadership position, and I am the captain for the second-year class.” Says Kylie. “I have always wanted to help people. Since I was 3 years old, in martial arts, I’ve always supported my peers and those younger than or less experienced than me. Now, I take a stand politically. I protested the Dakota access pipeline at the Phoenix March against it…I am Dakota/Lakota of the Standing Rock Sioux people; they are my family…” She also advocates for Missing and Murdered Indigenous Women (MMIW), “fighting against the drastically disproportionate rate that they go missing and/or are murdered. Indigenous women go missing or are murdered at up to 10 times the national average. With murder being the third leading cause of death for Native American women…”

In June 2020, Kylie added” business owner” to her already impressive resume. As the president of Zuya Martial Arts, Kylie plans to expand her Brave Woman platform and Martial Arts Programs.  And as this 17-year-old high school overachiever, activist, leader, mentor, martial arts champion takes on the challenges of college and entrepreneurship, Kylie is guided by the Brave Woman name and legacy that she inherited, and the lessons learned by the Brave Woman Movement she is leading. Kylie will no doubt go on to use these new experiences to eventually assist those in need, as she has always done. “I grew up in a male-dominated sport.” Says Kylie. “I’ve been doubted, rejected, disregarded in my skill and capabilities countless times…I use these experiences to help others and show them what they are worth and what they can do…”

Providing Dental Care to the Elderly Amid a Pandemic 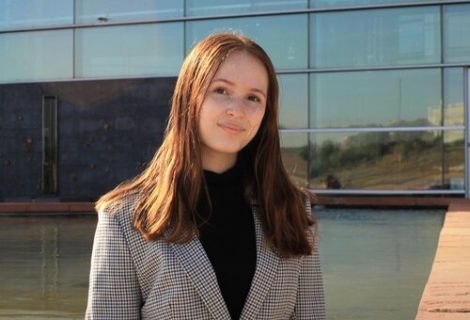